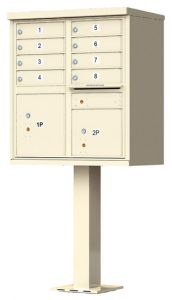 Stunned by the complete disappearance of over $60,000 in rent payments, Jesse called Sgt. Bob Collins of the Des Moines Police. Collins found a sticky substance on both the outside and inside of the deposit drop box that was used by the thief to fish out checks and money orders with a string.

One week later, on September 8, 2010, Des Moines police received a similar report from another Beach Park area apartment complex.  This call came from a tenant who had put his money order in a similar deposit drop box at the manager’s office – only to receive a late payment notice.

When officers investigated, they found the name written as payable on the money order was altered and the same sticky substance on the drop box. A night surveillance video was reviewed and it showed a male subject with a fishing line wearing a hooded sweatshirt at the apartment drop box.  The apartment manager reported that many tenants had made complaints about getting late notices for payments they believed they had made.

A Break in the Case

The break police were looking for came on September 14, 2010 when a citizen at Des Moines Beach Park was combing the beach with his metal detector and observed a male and female coming out of the bushes along the beach.  After hearing the couple talk about “nothing in the mail,” the beachcomber checked the bushes the couple emerged from and discovered a pile of discarded mail there.  The citizen gathered the mail and took it directly to the police department and gave the officers a complete description of the couple – a husband and wife team – who were subsequently arrested.

Upon arrest, the husband confessed their apartment mailbox crimes and showed the officers their system for fishing rent checks out of apartment mailboxes and apartment complex drop boxes. But the big surprise was the extent of the system.

How the Thieves Learned What Apartment Mailboxes were “Easy”

Collins stated, “These two were very busy.  They hit big apartment complex mailbox units and small apartment mailbox units. They worked city after city – poor areas and well-to-do ones.  The only constant – an insight shared by the burglaring wife – we became experts on what brands and types of apartment mailboxes and apartment deposit drop boxes are easy to break into.

The husband commented, “Some of these apartment building mailboxes take less than 3 seconds to fish mail out of – others are so hard you learn not even to try.”

Moreland, the manager who lost all his rent checks quipped that that was not his biggest loss.  “The real damage was what the thieves did to the sense of safety and security that we had worked hard to build over the years.  By hitting one box – with nearly every tenant’s check, they undid in one day what took years to develop. Since the theft on September 1, eleven tenants have given notice and complaints about even the smallest matters have gone sky high.”

The first is to install high-security apartment mailboxes.

“Tenants look for high security front doors on their apartments but they don’t realize their mailbox is a much more appealing target.  Apartment managers should lobby their ownership to upgrade their tenant’s apartment mailboxes to high security mailboxes.  And if they are collecting rent in a wall mount mailbox, it is highly advisable to upgrade this unit as well.

Second, call the police if you notice anything suspicious.

Mailbox thieves might try an apartment complex mailbox unit for 20-30 minutes – even attempting to break into high security apartment mailboxes and apartment drop boxes – some don’t know they cannot get into these top-notch units.  So if you see someone who doesn’t belong there, call the police immediately. Collins said, “We will respond and check it out.”

Apartment mailbox theft is not an isolated problem.

On September 20, 2010, The Miami Herald reported thieves hitting a South Beach condo mailbox unit; on September 21, 2010, police in Valparaiso, Indiana, report six tenants and several business mail boxes have been forced open to steal mail; and on September 22, 2010, CBS News in Dallas, Texas reported that the Arbor Springs apartment complex actually went weeks without getting any mail due to damage thieves have done to the cheap locking mechanisms on the entire units.

What to Look for in a Replacement or New Apartment Mailbox

Apartment mailbox experts note that cluster box units are available in 8, 12, 13 and 16 compartment configurations and that buyers should verify that their selections are officially licensed “F” series CBU mailboxes (the new cluster box units that are approved by the USPS).